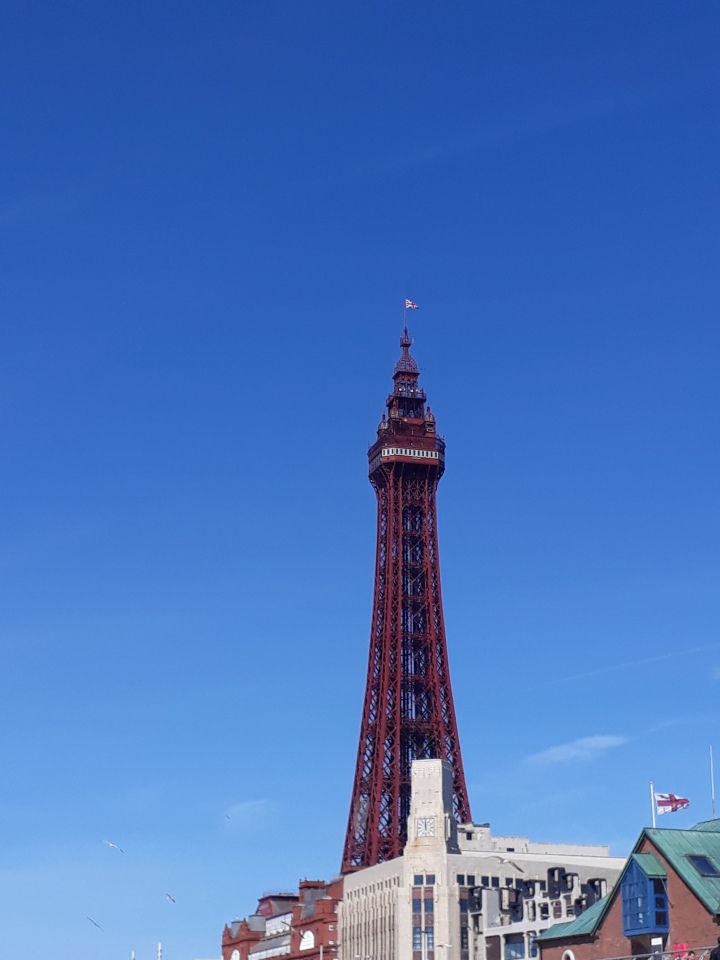 Over the weekend our family had a mini holiday to the seaside town of Blackpool. This wasn’t just a little holiday though as my husband was running in his 10th marathon after saying he would only ever do 1 many years ago.
Blackpool I’m afraid has never been a favourite destination as I’ve never liked the busy streets and the shop owners always used to try and encourage you into their trinket filled shops along the seafront and people would hand out several trees worth of leaflets promoting special drinks offers – thankfully although busy they seemed to have stopped the latter two.

There are good memories too as a child I went with my parents to meet up with my grandparents who every year until my granda died would have a holiday there twice a year a few days in the summer and then a few more later in the year when the illuminations were officially lit.  I always liked going into the ballroom in Blackpool Tower to watch my grandparents dance together and when I was very little watching the circus at Blackpool Tower in the days where animals would be seen performing (of course I’m now pleased they don’t have them performing but it is still a happy memory of mine).

As I know most of the blog readers are from afar and perhaps don’t know what I mean by Blackpool Tower I’ve added the link to their website.

The hotel we stayed in was next to Blackpool Pleasure Beach and although we could see and hear the excited people on the rides in our family room the sound from there wasn’t as bad as we initially thought it would be.

After a walk along the seafront we went for some food in a lovely little restraunt/bar call Montagues which for a Saturday at 6.30pm wasn’t too busy and they quickly sat us down at our reserved table and got us menus etc Monkey and Boo are not the quietest children and neither are good at waiting for food but the music entertained both with Boo particularly enjoying Diana Ross song I’m Still Waiting  (a favourite of my dad’s which I remembered listening to as a child). The food was delicious and could not be left by any of us we had a delicious garlic bread starter and for mains I had the special of garlic mushroom rissoto with chicken, Monkey had a chicken burger, Boo had the chicken goujons (each from children’s menu) and husband had fish and chips (everything was freshly made on site). As part of the children’s menus they had dessert Monkey opted for ice cream and Boo litle shortbread biscuits which she didn’t manage to eat them all however the staff packed them up in a bag to take away with us. The staff were all really lovely and the atmosphere was great too we would certainly like to return.

The following day while my husband was running the marathon the children and I set off along the long walk of the seafront taking pictures of ourselves, the Tower and watching the waves crash against the steps of the beach as the tide was in.

We watched some of the runners for a while before going into the Sea life Centre which was much bigger than I expected. The staff were friendly and a couple were more than happy to tell us all about their area. We learnt about the Unicorn fish so named because of the bit sticking up from its head like a unicorn and the massive shark which the keeper told us was named Borris! Many of the other fish were also named and it was fascinating talking to the two members of staff who clearly love their jobs and like telling families all about their areas of the aquarium. 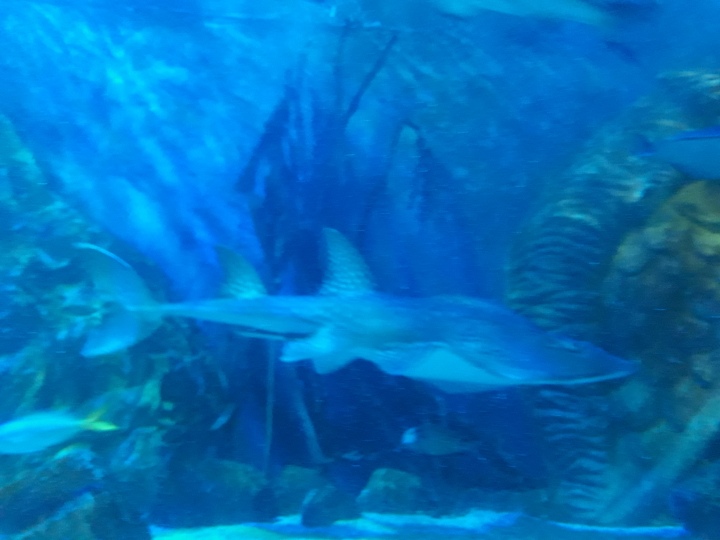 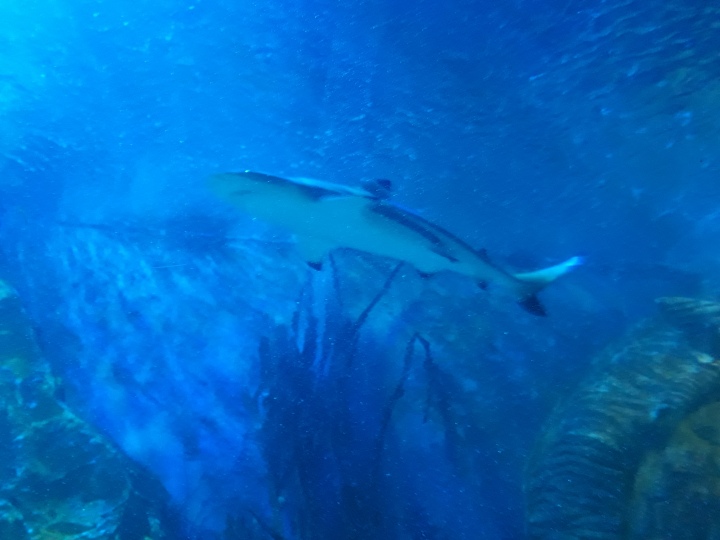 After having lunch in Debenhams we continued our walk to see my husband complete his run we had only just arrived and were settling in to watch the runners when my husband appeared. Hooray! I like seeing him finish races.

After a rest, food and photographs we all slowly made our way back towards the Pleasure Beach taking in the beach on the way, watching donkey rides, trams passing us, horses with princess carriages trotting by and we went to the fun fair where Monkey and husband went on the dodgems and we then had fun in the arcade where Monkey and Boo went on a mini carousel which they both thoroughly enjoyed.

As mentioned Blackpool has never been a favourite destination however I really enjoyed our mini holiday and we have already thought of returning to do some more touristy things such as going up the Tower we were going to do this but it was quite busy and we were all exhausted from walking/running, the Seafront at Blackpool is very long!